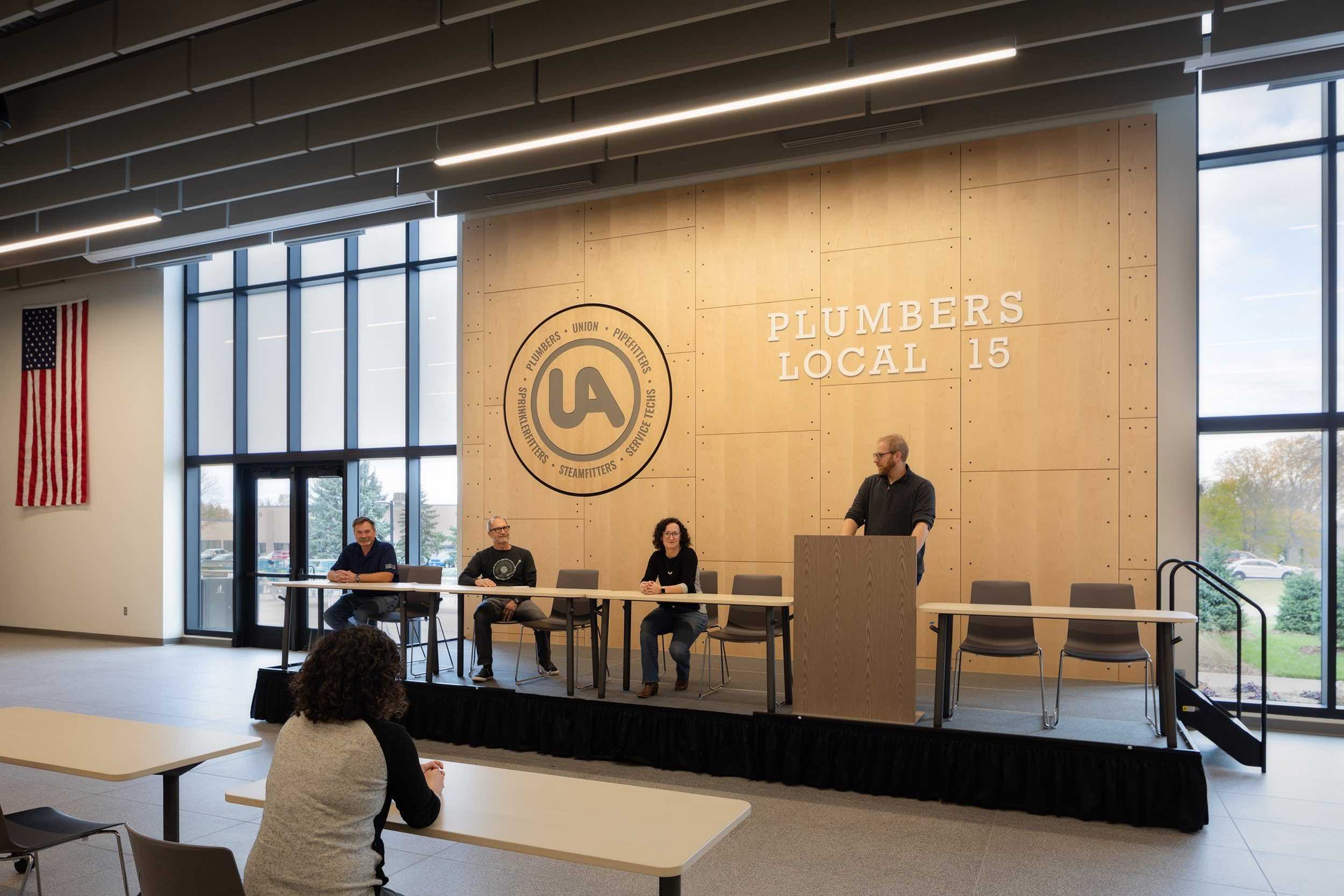 ‍The U.A. Plumber’s Union Local #15 (“UAPU”) new facility was selected as CoreNet Midwest’s Project of the Year.  The award was presented at CoreNet Midwest’s annual gala event on December 13th, 2021.  UAPU embarked on a project in 2019 to consolidate its former Minneapolis CBD union offices and hall with its former training facility at the Dunwoody College of Technology in Minneapolis.

IAG Commercial Real Estate embarked on a site selection and construction oversight process with UAPU that resulted in a new and improved office and union hall in Maple Grove, MN.   The process resulted in a state-of-the-art training facility to serve both its journeyman members as well as its apprentice training program.

IAG worked with UAPU to engage The Alliance as project architect, JE Dunn as general contractor, Dunham Associates as consulting engineer and True North Consulting Group as IT/AV consultant. The project team worked collaboratively to develop a program to meet UAPU’s space needs within the agreed upon project budget.

UAPU’s facility goal was to reengage its members and foster the brotherhood that has been a part of the union for 131 years. The new facility will ensure that young men and women will continue the tradition of the union, developing the Twin Cities, one building at a time.