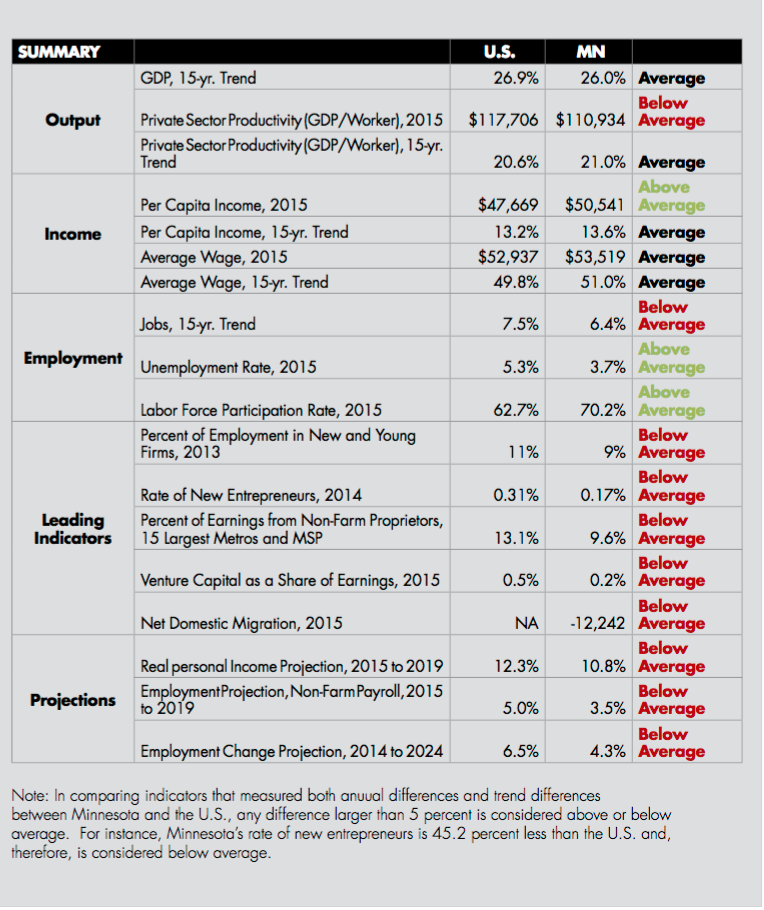 In the last few days the Center of the American Experiment, a conservative organization released a report of possible concern for Minnesota. In this report, Minnesota seemed to fare better than many other states during the recession. Now, as we have recovered from the economic hardships, new data has surfaced that indicates we have work to do if we hope to keep growing. There are many contributing factors to the challenges Minnesota faces.. Skilled Minnesotans are leaving the state at a higher rate than people are moving into the state. While the highest area of growth is manufacturing, high-tech and venture capitalism are both in decline. Minnesotans work hard and have a high rate of two income earning families, while we have an average or below average rate of disposable income. Minnesotans are determined people and have a history of rising to the challenges before us, but unless there is growth in our GDP and other areas of commerce, the future will be challenging for Minnesota.

Chart courtesy of the Center of the American Experiment: